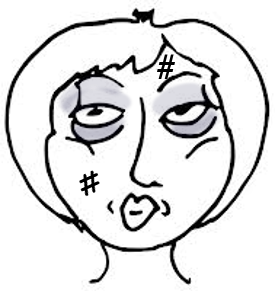 I don't 'guru' anyone anymore.

They waste all sorts of time with the un-serious wanna-bees, trying to be liked and respected.

They just end up like the codependent girls, with boyfriends that beat them to a bloody pulp, and then blame themselves for the beatings.

Can these girls get any stupider?

Well, I'm not that stupid, or codependent (cough) anymore.

Now, I don't care who likes me.

And I'm no longer beaten like a rented mule.

I limit myself to helping the action takersl

They don't abuse my time.

Speaking of them... (what a segue)

Actually, I am excited...

It's a 5-step outline of a typical "Screw The Bank!" deal, that broadly illustrates how simply anyone can make their first $30,000 flipping pretty houses.

I just wanted to highlight the profits by using larger numbers.  The percentages are the same in every price point, even if the dollars amounts are different.

That's the deal in a nutshell.

It's all about buying a little below retail, adding value with the easy financing, and selling a little above retail.

This is the low-competition strategy I follow for making money where few others can.

If you're ready for the full Monty ...with all the nutz and boltz, just Click below>>>>>
The Nutz and Bolts Of Pretty House Flipping Here

Your Sub2 Coach, Jay (and Wolfie, the Sub2 Chihuahua)

"Why Beaters Are The Kiss of Death To Financial Freedom...!

"Using Bandit Signs To Screen Out The Sub2 Losers...!

Think of it as a persistant, interminable cough ...that spews cash...! 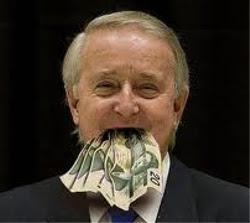 There's one direct mail, marketing principal, that trumps crappy headlines, and poor ad copy, and just plain, old, bad real estate marketing...
Before I tell you what it is, let me first say, that after I 'got' my mind around this principal, I stopped beating myself up over 'bad ad copy.'
Even better, my response rates climbed, and more importantly, so did my conversion rates.
So what is this principal?

It's the principal of "consistency."

OK, why Friday, exactly, you be askin'?
Because the peoples be payin' more attention to the mailz they be gettin' on Mondayz.
Just acceptz it.

Recently, I was on a call with a fellow investor who was sending every 90 days with fairly mediocre results, according to him.

He wasn't a newbie, and had about 25 deals under his belt.

The point is that he needed better results. We talked about his ad pieces. He had great copy.

His problem was two-fold.

First the amateur competition was coming out of the woodwork around him.

All the fresh seminar graduates were swamping his farm with 'yellow letters' and "Mary letters" and your average junk mail.

Well, of course this amount of competition drove the prospects to THEM, not him, and his response and conversion rates tumbled.

The second problem was, obviously, he wasn't sending often enough.

His cards would come now and then, but the competition was stealing his deals out from under him, only because they were in the prospect's face, month-by-month, by comparison.

As those prospects emerged, they were being caught up in the competition's more 'consistently-cast' net!

Since our ads are all about getting attention, he wasn't getting enough with 90-day mailings.

Which brings me to say that the best way to get attention, is to keep our message in front of our prospects eyes, more often than our competitor.

This does two things:

1) Makes us familiar
2) Makes us the first choice to call.
Which brings me to the main point.

Mailing (exposing the message) consistently, separates the sheep from the goats in this business.

For example, again, if we only mail like four times a year, the prospects will forget who we are in the meantime, and will call the guy that sent mail for the last, five, straight months, first!

Well, now we're 'also rans' in regards to those deals.

Well, those folks go home empty-handed, or worse, get a pat on the back, for "participating."

Yeah, well those pats are reserved for marketing cripples.

Bottom line is that consistent, timely advertising, trumps bad ad copy, and the competitors that try to market on the cheap.

By refusing to send enough mail, they get a ride home, with a warm pat, on the "also ran's" short bus.

Hey, let's encourage them!! Let's spread the word that 'one-off' mailers are the crème de la crème of advertising shizzle!

Meanwhile, if you think that mailing out once a month is hard work, since you've got to 'think up' ad copy, you will love my training, because I already give you time-tested, profit-generating, ad copy, that turns out more like a "mail and make money" kind of deal.

Click Here >>>> How to beat the marketing cripples back to their short bus, and make money doing it...!
Your Sub2 Coach, Jay.
Posted by Jay Palmquist at Wednesday, March 20, 2013 0 comments

No Down Payment Formulas 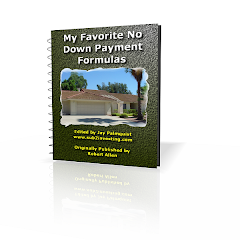 Get Your Copy Immediately

Free Advice...Be Sure To Turn Up Volume

Jay Palmquist
I am a real estate marketer, merchandiser, investor and trainer. I am currently buying apartments and mobile home parks, and often merchandise single family homes. I am also an experienced direct mail marketer and trainer. I offer a professional real estate course called "Screw The Bank!"(c). This is a detailed training program, that offers even the most seasoned investor insight and instruction on how to more efficiently and quickly find, fund, and flip any type of real estate --- without any competition --- and most importantly, without having to have a lot of money, or any credit whatsoever. In my spare time, I enjoy advising beginners and consulting with seasoned professionals on effective prospecting, merchandising and marketing of real estate. I also enjoy learning from others and discussing sophisticated, advanced strategies for making obscene profits. Thus this Blog!

NEW! All The Smart Folks Who Follow This Blog!